If you’re living the low carb life you’ve said goodbye to your old “I’ll just have one donut, but tear off pieces of other flavors so it doesn’t count as a whole donut” treat.

Yep, I know that dirty little secret too.

I miss donuts. I’ve really thought about shame eating some Dunkin Donuts in the car. If I really want something, I’m trying to take the emotion away and have it, but I think this was more of a mindset that I “couldn’t” have it.

Which is total bullshit.

It’s not a can or can’t. It is a choice. I choose my health over some donut that’s going to make me feel like crap. Now, give me a slice of Lou Malnati’s with the crust and that’s another story.

One of our family traditions each fall has always been pumpkin patch and apple cider donuts. As our boy has gotten older, it’s just been the donuts. We skipped it last year and it’s been in the back of my mind since.

You all know my obsession affinity for nut butters. When I tried the Legendary Foods Apple Pie Almond & Cashew Butter I knew I would bake with it.

I made Apple Pie Muffins and on my last practice batch it occurred to me that this magical food could be used for the good of donut kind. That my friends, is how Apple Cider donuts were born… out of desperation.

It usually takes a few tries with a recipe, but this bad boy worked on the first try. Our boy thought they were the real thing and not “hippie food”.

The other bonus, this is pretty easy to make! 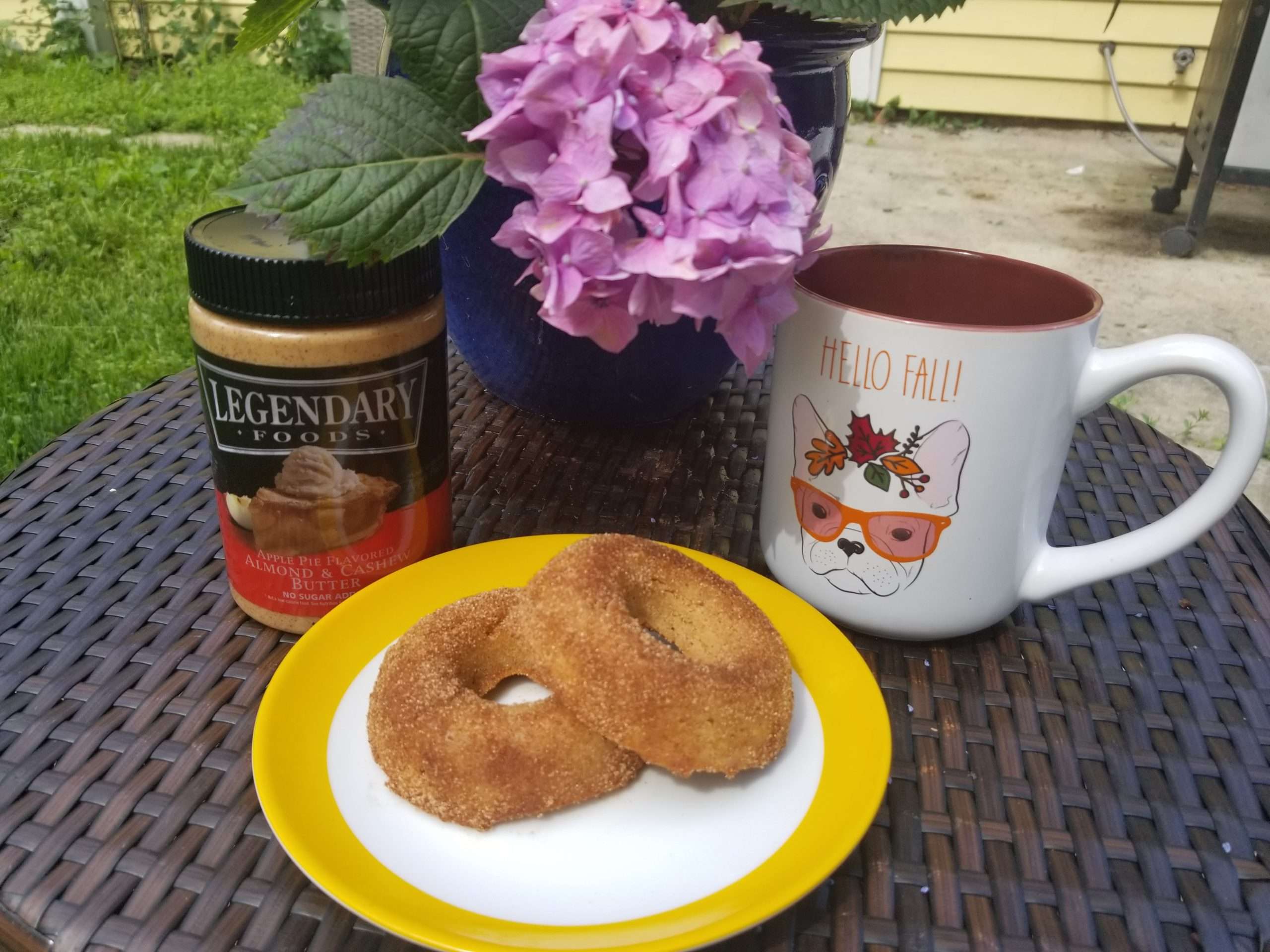